Hero of the Month October

You soldiers from all over Perfect World!

Now, without further ado, we would like to present your Hero of the Month candidates for October! 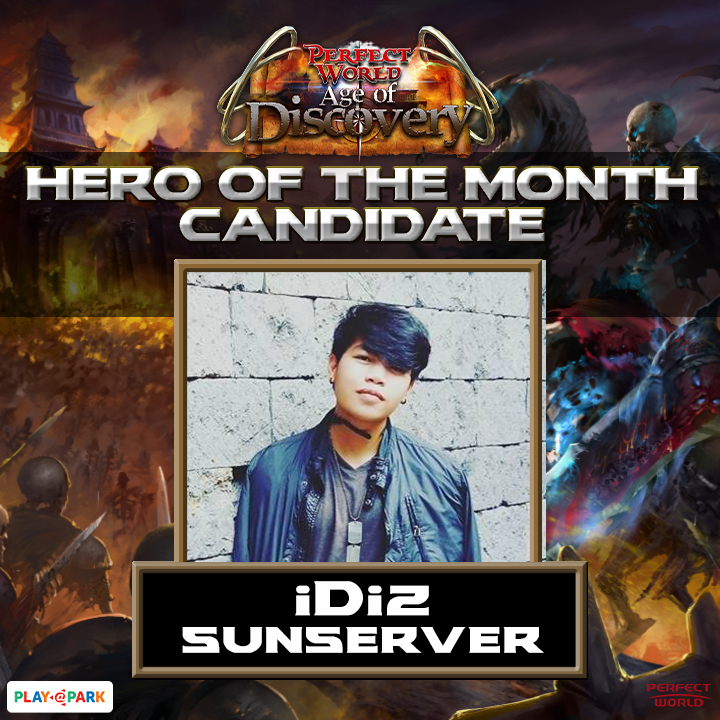 Bio:
I started playing PWPH way back 2009 level up games, I was once from the Tiger server, But when the server went down I stop playing PW. Recently, last August 2019 I discovered from a friend who’s also playing PW that a new server was up for play and when I tried to open the game, the music, the gameplay, the map, almost everything in the game was so nostalgic to me; It was like I was brought back from the day I started playing the game. I really missed it so much and for the record Perfect World is the only game that I loved so much that made me play it for years. I’m a huge fan of the perfect world I would do anything, everything even participating in the events, tagging my friends to support the game. I would recommend Perfect World to all the players/gamer of all genre games to play Perfect World because for me the game itself is the combination of all games and gameplay that the game world can offer. Perfect World for me is the number one (1) game and I’m proud to be part of this community as a player, a gamer and as a supporter of Perfect World.

Why you should pick me:
I am proud to say that I should be the Hero of the Month because way back when I was just a low level hero it was really hard for me to find a party or someone to help me in my boss quests, token, caves, and hard to finish quests. Then later on, after awhile playing the game, acquiring high-end items, armor set, weapons and reached high-level character, I become someone who is capable of helping low level heroes who are in need of my help. It is because when i was in their shoes as a low level hero I felt their hardship of having no one to call for help and as someone who can surely lend a hand I am willing to help, can give then advice, help then in their quests for them to continuously support and play the game and become one of the strong heroes that the server can produce. 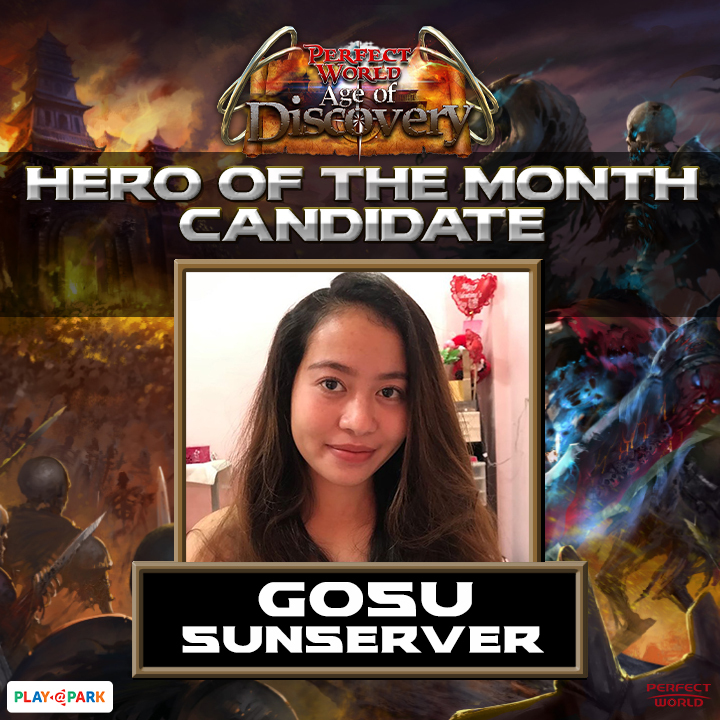 Bio:
Movember 2018 when I start playing this MMORPG / Perfect World. During that time I was looking for some way to relieve some stress and some of my colleagues recommend to play an online game. I browse in the Level up page and noticed the Perfect world game. The timing is right because the day when I start playing this game is the 1st day of the reopening of PW. I did not play any MMORPG game before, so this game is very new to me. the interface, character and so on. I like the Perfect world game. At first, this game gives me some stress and challenges. This makes me think a better strategy and what I need is “Patience” and Learning how to plan ahead and give time to reach my goals. Who said that the Online game is for Kids and mid-age people? Age does not matter as long as you know computer because here in a perfect world, you will become an economist, they teach you to have to re-evaluate the market, drop some strategies, and initiate new ways to keep funding your goals. And then you became a marketing professional who can control the price of the market. All in all, I’d recommend giving the Perfect World a try. It’s a beautiful game to explore despite its age. Just think very carefully before you spend money on it because it takes a huge investment to get up to speed. For a freelancer like me who works at home or home base job. This Online playing game is perfect to give a shot to relieve some stress and some leisure.

Why you should pick me:
Everyone in Perfect world deserves to be a Hero of the Month. Every single player puts some time and effort to achieve their own goals. In reality, my goal is to introduce online gaming for every Home-based freelancer like me (especially in night job) as this game, The Perfect world is a perfect way to relieve some stress 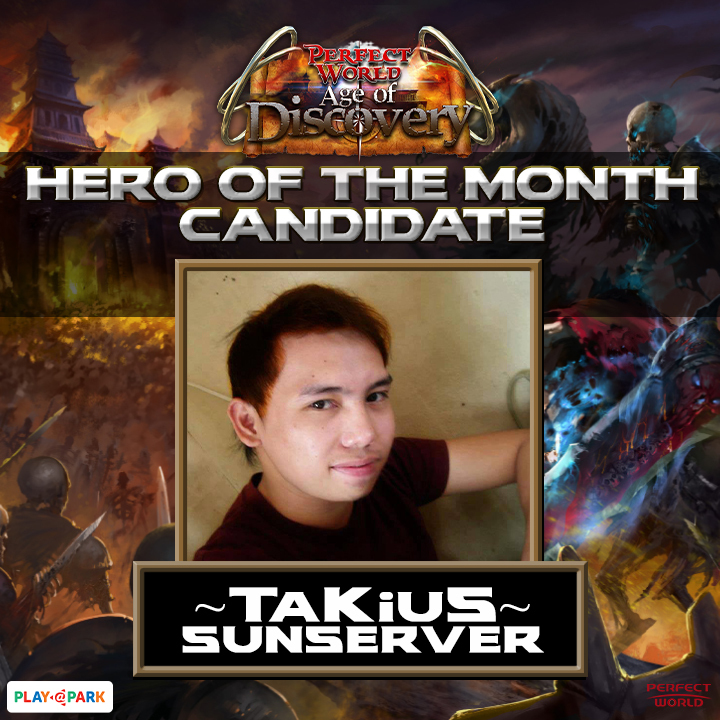 Why you should pick me:
For the good of my Clan. 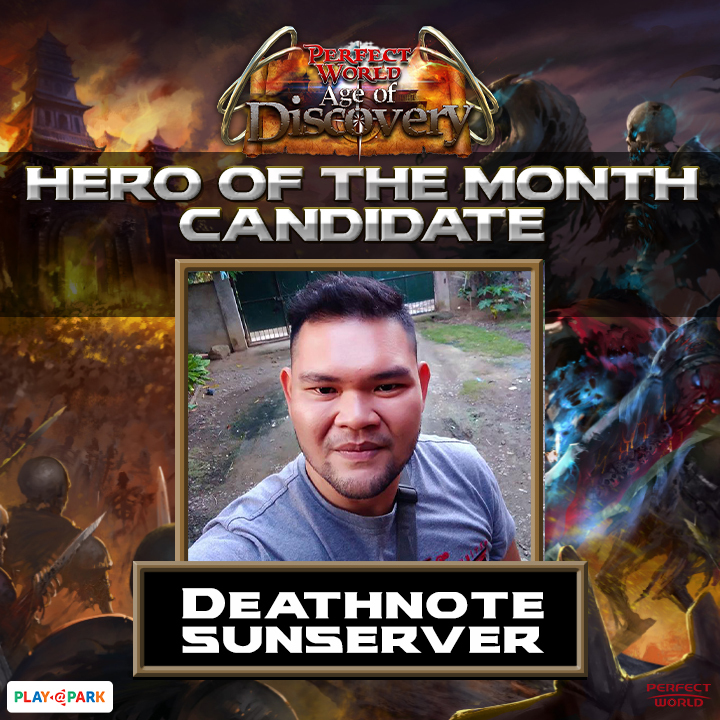 Bio:
PW is my all-time fav game since I was in college until now. this game introduced to me by my friend I think 2013-14. and I have so much fun. during that time I’m in a DRAGON server then we go to Pheonix and then the present one SUN. I would recommend PW to those who interested in this game.

Why you should pick me:
Well. this is my other desire. Because I said to myself that next  HOM try I’ll try to join because I might win. GOODLUCK to me 🙂